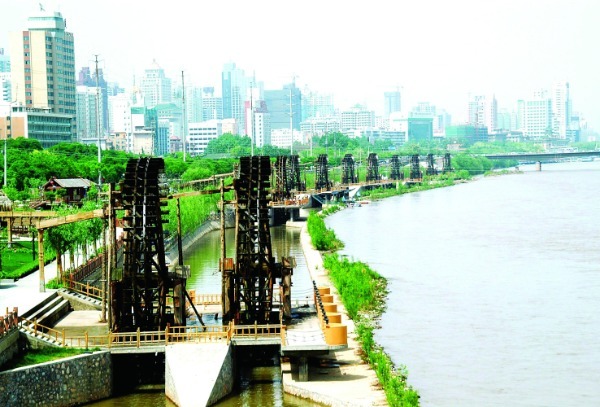 Listed as a national intangible cultural heritage, Lanzhou waterwheel was invented by Duan Xu in Duanjiatan, Lanzhou, back in the Ming Dynasty (1368-1644) and first built for irrigation purpose in Gulaohuang.

Duan was a jinshi (someone who passed all three examinations held by the government) in the second year of Emperor Jiajing reign of the Ming Dynasty. Duan once served as an imperial censor in Yunnan, a place of abundant water resources where wheels were used for irrigation.

Duan designed a waterwheel based on those wheels used in Yunnan after returning to his hometown. In 1556 (the 35th year of Emperor Jiajing reign), the first waterwheel was set up on the northern bank of Yellow River outside the Guangwu Gate. Over the past four centuries, Duan's invention has been constantly improved and has developed its own style. With solid establishment and steady operation, a waterwheel has the capacity to irrigate tens of thousands mu of farmlands day after day. 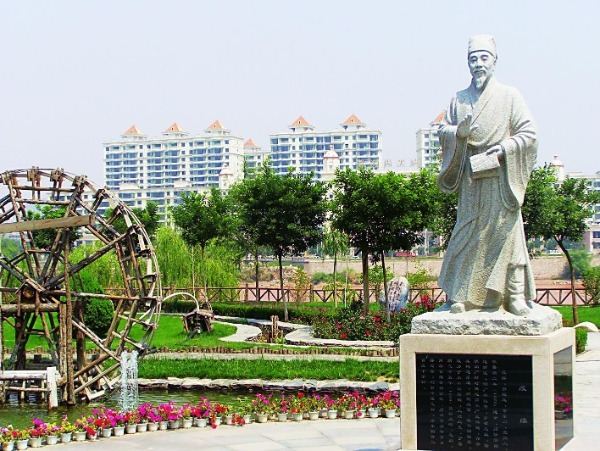 By 1952, a total of 252 waterwheels were installed on both sides of the Yellow River to work day and night for irrigation, forming a splendid view. This is why Lanzhou is also called the "City of Waterwheel".

The Lanzhou Waterwheel Park is located in the belt-shaped park on the southern bank of the Yellow River in the eastern section of Hebinzhong Street. Surrounded by parks, it links the Zhongshan Bridge and Yellow River Cableway on the east, connects with "Yellow River Mother Statue" and "Green Hope" sculpture on the west, borders Westlake Park on the south, faces Jiuzhou Terrace and White Pagoda Hill Park across the river, and sits close to "White Horse Statue".

Lanzhou hosts a Waterwheel Expo on the southern bank of the Yellow River in the eastern section of Hebinzhong Street. The expo is a theme park of three parts – the waterwheel zone, the waterwheel square and the cultural plaza.