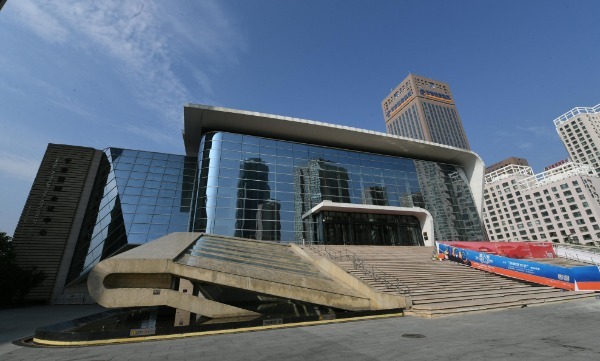 Gansu Grand Theater and Convention Center was completed in March 2011 and is by far a public facility with the largest scale, the most comprehensive functions, and the highest level of building intelligence in the province.

With a total investment of 350 million yuan, the theater hosts a seven-floor new building (including underground) that houses a 1,500-seat theater hall, a number of medium and small meeting rooms, theater studios, auditoriums, international conference rooms, and sub-meeting rooms for 14 cities and prefectures, in addition to an underground citizen square.

The theater features high-end technologies in architecture, architectural acoustics, lighting and acoustics, stage machinery, intelligent controls, etc. Designed to convey the rich history and culture of Gansu province from a modern arts perspective, the theater has become an arena that utilizes world-class technologies to arm itself and showcase the cultural spirit of Gansu.