Produced by the China National Traditional Orchestra (CNTO) and performed by a national orchestra, the drama tells the historical story of Xuanzang, an envoy of Chinese and Western cultural exchanges. 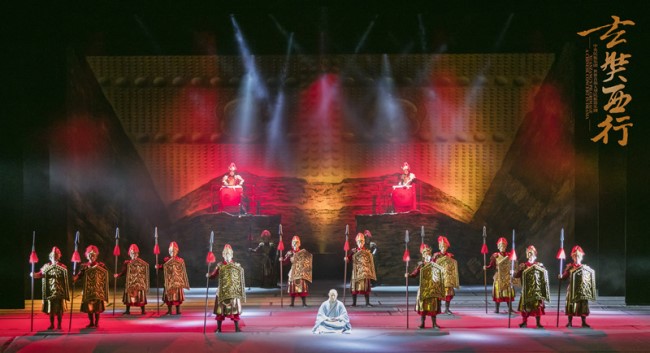 Featuring comprehensive stage art that integrates different elements, such as literature, music, performance, and stage art, the drama is an innovative combination of music and language, which greatly enrich the performance.

After the performance, the CNTO gave the props, stage art design, and costumes to Gansu province, allowing the province to perform the drama independently in the future.