Landmark building lights up for Party Congress of Gansu provicne 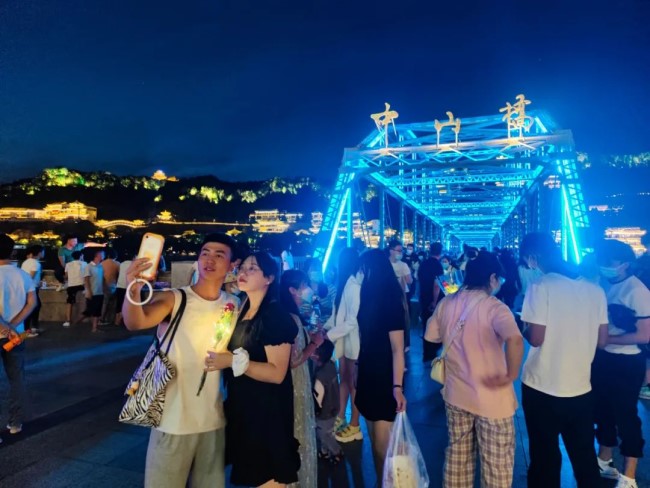 A stunning light show was staged in Lanzhou, capital of Northwest China's Gansu province in advance of the Party Congress at provincial level that will begin on May 27 to mark local people's efforts to protect themselves against pollution.

As night approaches, the Zhongshan Bridge and Yellow River Building trimmed with blue beams look gorgeous and romantic, attracting tourists to stop by and take pictures.

In the past few years, Lanzhou has adhered to a vision of green development to make the city's sky bluer, waters clearer and the environment more beautiful. The "Lanzhou Blue" has constantly enhanced people's sense of happiness.

This year, Lanzhou plans to optimize the composition of industry, energy, transportation and land use to reduce sources of pollution, including industrial-waste gas, kitchen and car exhausts.

As of May 12, there were 101 days of good air quality in the city, accounting for 76.5 percent of the year, four days more than the same period last year.

The Party congress of a province, autonomous region, or municipality directly under the central government, is to be held once every five years. The quinquennial event will review the work of the past five years, chart the course for the future, and elect new central leadership.