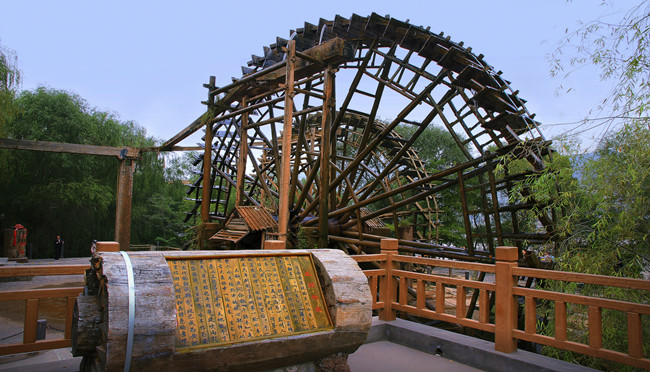 The Lanzhou Waterwheel Garden is located in the west section of Binhe Road in Qilihe district. It neighbors several other landmarks, with the "Yellow River Railway Bridge" in the east, the statue "Yellow River — The Mother" in the west, Baita Mountain Park in the north and Baiyun Temple in the south.

It is one of the scenic spots that best represents Lanzhou's local characteristics. The garden was built by Lanzhou Tourism Bureau in 1994 and produced by Gao Qirong, a special carpenter from Baiyin city.

The Lanzhou Waterwheel is the oldest irrigation tool installed on the Yellow River, and  resembles the wheels of ancient chariots.

On May 20, 2006, the waterwheel production skills were approved by the State Council and it was included in the first batch of the national intangible cultural heritage list.